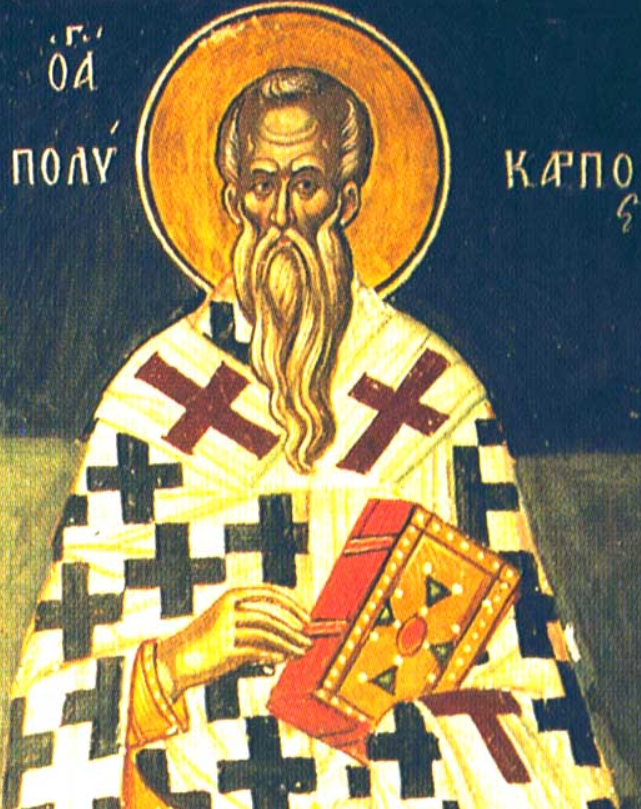 Today, I will continue talking about the early church fathers.

The church father, Polycarp (69-155 CE), was taught by the apostle John. Polycarp was the Bishop of Smyrna, which was one of the seven churches in Asia that was mentioned in John’s Revelation of Yeshua Messiah. Polycarp was likely the angel of the church in Smyrna that John wrote to in Revelation chapter 2. Here, John told the church of Smyrna that the devil would cast some of them into prison. In addition, they might be tried and have tribulation. John told them that if they were faithful unto death, they would receive the crown of life and not be hurt by the second death.

Polycarp’s Epistle Concerning Martyrdom describes how Polycarp was martyred. Three days prior to Polycarp’s capture, he had a vision of a pilllow under his head that seemed to him to be on fire. He told those who were with him, prophetically, that he must be burned alive. This would be opposed to being fed to the lions. After he was captured and confessed to being a Christian, he was sentenced to death. Upon entering the stadium, this epistle says he heard a voice from heaven saying, “Be strong, and show thyself a man, O Polycarp!”[1] The proconsul asked him if he were a Christian or not, which he confessed. Following this, the proconsul gave him the opportunity to deny his faith. Polycarp said, “Eighty years have I served Him, and He never did me any injury: how then can I blaspheme my King and Savior?”[2] After the proconsul gave further opportunities, Polycarp said, “Thou threatenest me with fire which burneth for an hour, and after a little is extinguished, but art ignorant of the fire of the coming judgment and of eternal punishment, reserved for the ungodly. But why tarriest thou? Bring forth what thou wilt.”[3] His executioners attempted to burn him, but he would not burn. An executioner eventually had to pierce him with a dagger in order to kill him. It is written that his blood extinguished the fire. Following this, his executioners burned his body. Polycarp’s associates then took his bones and put them in an appropriate place.

Prior to his death, Polycarp wrote a letter to the Philippian church, which was said to be firstborn of the European churches. Chapter 13, which contains information concerning the transmission of epistles, is believed by some to be an interpolation, which is an insertion from another source. This letter to the Philippians was probably written about the middle of the second century. This letter does contains a reference to the whole Catholic Church; however, bear in mind that the word catholic here means “universal.”

For the most part, Polycarp’s letter to the Philippians seems consistent with the whole of Scripture. The vast majority of his numerous quotations come from the Apostolic writings (New Testament). However, he also quoted from Psalm 2:11, 4:5; Isaiah  52:5; and Tobit 4:10, 12:9 (which is a statement that “alms delivers from death”).

The letter to the Philippians contains various exhortations, duties of deacons, youth, virgins, presbyters, and avoidance of false doctrines — such as docetism (belief that Yeshua did not come in the flesh). There is mention of a former presbyter,  by the name of Valens, who Polycarp expresses grief over, followed by an exhortation to avoid evil and covetousness, which leads to idolatry.

Remember, Yeshua was preaching and teaching the proper interpretation of Torah. When the authorities were seeking to kill him, Yeshua said, “My doctrine is not Mine, but His who sent Me. 17 If anyone wills to do His will, he shall know concerning the doctrine, whether it is from God or whether I speak on My own authority. 18 He who speaks from himself seeks his own glory; but He who seeks the glory of the One who sent Him is true, and no unrighteousness is in Him. 19 Did not Moses give you the law, yet none of you keeps the law? Why do you seek to kill Me?“ (John 7:16-19) Clearly, Yeshua intended the people to keep the law of God, which was given to Moses. (See also Revelation 12:17 and Revelation 14:12.)