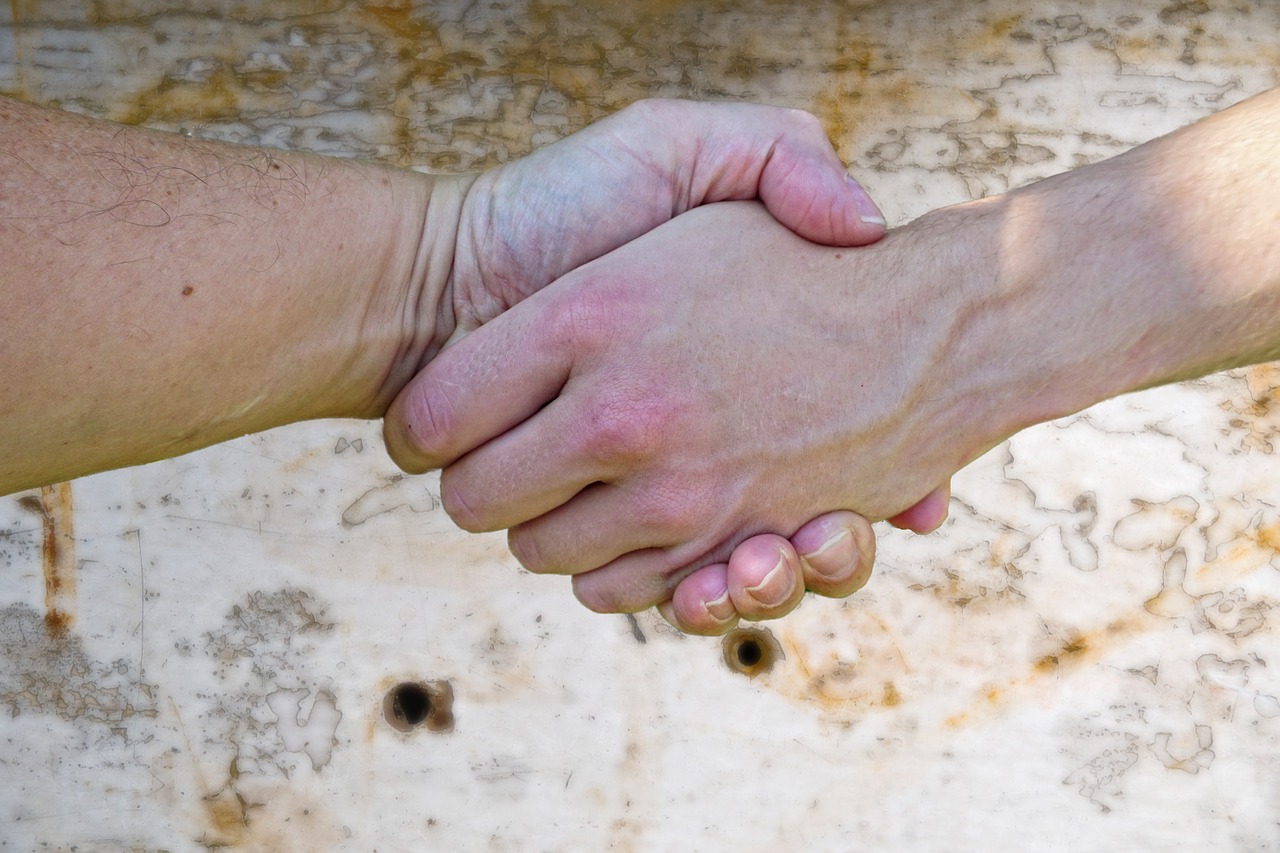 Have you ever found yourself in a situation where your worship of YHVH seems to be hindered? Have you ever considered the following verses from Matthew 5:23-24 might be the reason for it?

We’re not bringing literal offerings to YHVH on an altar today. We are attempting to be living sacrifices, holy and acceptable to YHVH. We are trying to worship the Father in spirit and in truth so the same principle of these verses applies to us today.

We need to be in right relationship with others before we can approach God. Whether or not we sense our worship of YHVH is being hindered or not, sometimes we need to evaluate ourselves. We don’t have to wait until the 10 Days of Awe to do this. We usually know when we have something against another person, and/or whether or not we sense someone else has something against us. If either is in the affirmative, we need to deal with it.

If we have something against another person, we need to remember Matthew 18:15-22. First we must go to him and talk with him privately. Tell him what he did to you. He may not even realize he’s sinned against you; he may have never intended to do so. Face it, sometimes we’re so caught up in ourselves that we don’t always realize how we treat others.

If the person won’t listen to you or make restitution, go and find two or three witnesses. Have a meeting with the offender and the witnesses to resolve the problem. Make it clear to the group what the sin was and include supporting evidence if there is any so you can get justice.

Yes, make sure you are dealing with a real sin or trespass and not just some petty personality conflict, habit, or mannerism you don’t like.

Make sure there is no room for a false interpretation of the matter. If he can’t financially afford restitution in full, devise a workable plan for restitution to take place over time. If the person is not physically able to do as you want, you may just have to understand that, accept it, and move on.

If the person won’t listen to the assembly, do not continue your friendship with him; he is no longer worthy of your love and attention. If he experiences this, he may have a change of heart, repent, and make any necessary restitution. If so, reconcile with him. Then again, accept he may never do so.

Don’t do these steps out of order or skip any step in the process.

Verse 21 and 22 say, “Then Peter came to Him and said, “Lord, how often shall my brother sin against me, and I forgive him? Up to seven times?” 22 Jesus said to him, “I do not say to you, up to seven times, but up to seventy times seven.”  This is why we need to deal with each offense individually.

Some people say that what Yeshua meant here was an infinite number but I think it refers to a complete finite number; however, I don’t keep count of how many times people offend and hurt me. I’m too busy processing my grief and forgiving them. I’ve accepted the fact that people have hurt me in one way or another my whole life and that it will not stop until I die. Let’s face it, people can be very cruel. We have to forgive them or else we can become bitter and ineffective in our lives. The Greek word for forgive is aphiemi; it means to let go, give up a debt, to keep no longer. We can’t let offenses burden us. We need to release them.

We need to have compassion and mercy on each other; we must forgive each other from our hearts and refuse to retain sins. Consider how depressed the offender might feel if he is rejected by the whole assembly if he refuses to cooperate or make things right. If he wises up, repents, and makes restitution, forgive and comfort him so he won’t be overwhelmed with too much sorrow.

Now, what can you do if you are the one who has offended another person? If you know for sure what you’ve done, go make it right. Sometimes, we don’t always know if we’ve offended someone. Instinct tells us that something may be amiss in our relationships. If they don’t come to us, we can go to that person and ask if there is something wrong. If they say no, accept that as the truth unless their behavior continues to say otherwise. Try to get them to open up and say what’s wrong. If a conflict ensues, work through it. If they refuse to reconcile, I say get two or three witnesses and keep trying.

If they open up, you may be served a list of offenses. They could be true. If so, repent and offer restitution. If there are misunderstandings, work through them. Perhaps someone misunderstood or misinterpreted what you said. Maybe they misread your body language. Maybe they are displeased with your behavior that is a result of your cultural background, and now they think poorly of you. Maybe their response is a bunch of lies that you are unable to refute. This could cause you enormous sorrow and deep depression. You still need to try and work out the problem the best you can.

Be aware that on rare occasions you could be the one who has tried repeatedly to meet with someone to work out a problem to no avail. Suddenly, the tables could be turned on you; that person may bring their own witnesses, make false accusations against you, and claim you refuse to resolve the matter so that you can eventually be cut off from them and the assembly. Things like that can and do happen.  Things can always go awry when we least expect it. This could turn out to be your worst nightmare so be proactive to resolve problems before things get really bad.  When something like this happens, we need to have faith that God’s justice will prevail on earth as in heaven.

Reconciliation is not always easy. Someone once reminded me that giving up on the possibility of reconciliation is not an option. Based on what I can tell from the Scriptures, he was right. Despite many failed attempts at reconciliation, you may have to eventually tell the other person who you offended that you will always be ready and waiting to reconcile with him even if he chooses to go his own way at the moment.

Face it. Relationships can be difficult at times. People come from different cultural backgrounds even though they live in the same geographical region of the world. Some things that are acceptable and expected in some cultures are not the same in others. This is true even among people who walk according to Torah.

Whether or not we’ve sinned against someone, other fuel can be added to the fire of anger against us. You see, we each carry our own burdens and we are expected to share the loads of others. Sometimes people get disgusted with our burdens and our struggle to carry those burdens ourselves. These burdens may be the result of our own sins/trespasses or are the effects of the sins/trespasses of other people in our lives. These burdens can eventually be a source of conflict in our relationships with others. The reason why may be obvious, other times, it may elude us. Perhaps there is the idea of our problems being the result of sin that they believe may be in our past or current life. We can’t know for sure. Whatever the case may be, people can easily get offended, especially those in the Torah observant community.

If our brothers and sisters in Messiah may not be as equipped to encourage us as we’d like, we might need to accept that and move on. Meanwhile, make sure that you are not committing trespasses against others. Love and pray for one another. Encourage each other as best you can. Try to be there for each other. Be dependent on God for your self-worth, not on man.

Remember Leviticus 19:18: “You shall not take vengeance, nor bear any grudge against the children of your people, but you shall love your neighbor as yourself: I am the Lord.”

Above all, as you relate to other people, remember the weightier matters of Torah are justice, mercy, and faith.  Don’t overlook these as you obey the commands of YHVH.