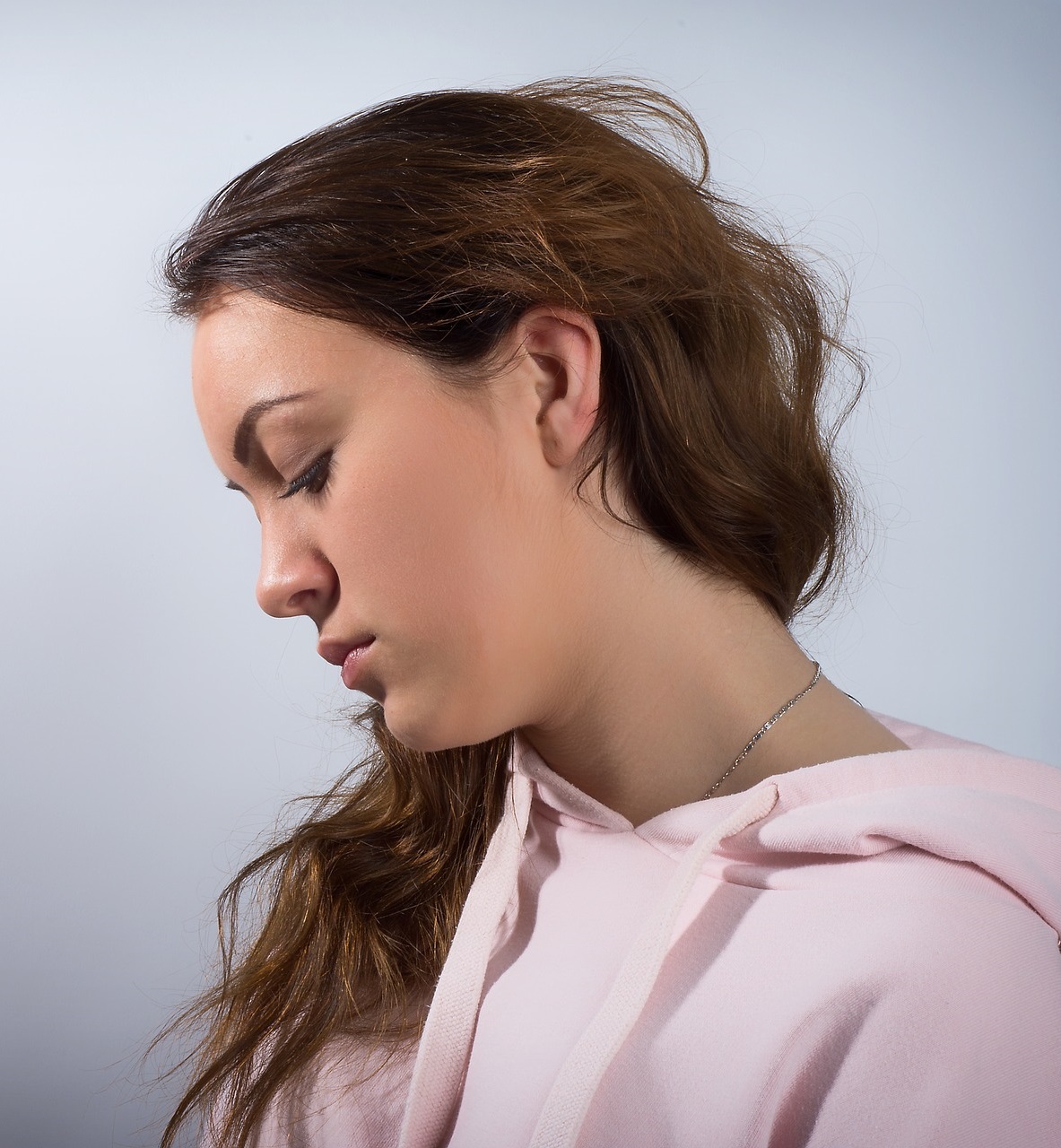 Grief is a deep sadness that is caused by some kind of trauma in our lives; it’s also defined as trouble or an annoyance. Trauma can come to us in various forms such as:

Everyone faces grief at some point in their lives; some face it more than others. Some people experience so many traumatic things that they are processing multiple layers of grief. Sometimes, they have to delay dealing with some forms of trauma in order to deal with the most important issues in life. Eventually, that delayed grief needs to be dealt with for full healing to take place.

Psychologists spend much of their time helping people to process their grief and move them through what they refer to as the cycle of grief. Different diagrams of the grief cycle are on the internet; they contain slight variations of the various stages that a person goes through as they process grief. Those stages include things such as shock, denial, anger, depression, resignation, acceptance, and moving forward. One psychologist told me that it takes about two years to go through the grief cycle.

People in the Bible were no different than us; they dealt with grief too:

Consider Joseph. His brothers considered him to be a source of grief. His father loved him more than all his brothers; that stirred up trouble. They didn’t like his dreams, and he gave a bad report about the sons of Bilhah and Zilpah to his father.

When the opportunity arose, Joseph’s brothers cast him into a pit and eventually sold him to the Ishmaelites. Imagine Joseph’s shock and fear as he was in the pit, and again as he traveled to Egypt. I’m sure he couldn’t believe what was happening to him. The question of why probably plagued him as he cried out for help and tried to escape.

Surely, he became angry and depressed. Joseph was probably still processing his grief when he was bought by Potiphar. Just as things seemed like they might be okay at Potiphar’s house, Joseph had to refuse Potiphar’s wife’s advances and endure the trauma of her false accusation against him. Her cry for help, her testimony to the men of her house, and the supporting evidence of Joseph’s garment were so strong that no one believed him even though the charges against him were false. Joseph went to jail in shock, anger, and humiliation; certainly, he couldn’t believe this was actually happening to him. There was no way he could successfully defend himself. Talk about feeling absolutely helpless! Joseph hadn’t fully processed being sold into slavery before this next wave had hit him. Surely the question of why this was happening to him plagued him.

In all of his pain and sorrow, Joseph probably never realized during his early years in Egypt that:

All Joseph could do was cry out to God for comfort, vindication, blessing, and reconciliation with his family. He could only wonder if his prophetic dreams would really come to pass despite what was happening to him in the present. Joseph may or may not have realized that God was already blessing him by showing him love, and by giving him favor in the sight of the keeper of the prison. If Joseph did realize that, he probably appreciated it, but still felt it wasn’t enough.

While in prison, Joseph transitioned into a phase of accepting his circumstances, and accepted the fact he was not in control of anything in his life. Emotionally, Joseph had hit an invisible wall; he had to totally let go of absolutely everything, and give in to God’s sovereignty as he endured the daily challenges of living in prison. He may have had to guard against the possibility of allowing bitterness to take root in his heart; then again, this may not have been an issue for him.

How many of us get to that point in our lives when we know we can’t control anything and we can’t even mount an emotional response to the waves of life that continually hit us? If you feel numb from this sort of thing, cry out to your heavenly Father for help to get you through the grief process. He will listen to you and give you peace in the midst of the storms of life.

During the first several stages of the grief process, it’s emotionally very hard to study the Bible in order to feed yourself. You may find yourself depressed and crying all the time. If that’s you, just read the Scriptures; let them soothe your broken heart. See if there’s a pattern there that relates to your situation and watch your life unfold according to that pattern. If you can’t go to a place where you can be fed truth, and no one is coming to feed you, get on-line and find a source of truth to sustain you until you can get back to a place where you can feed yourself. It may be painful to listen to music to soothe your soul; don’t give up, listen to artists and/or songs that don’t cause pain or remind you of your trauma until you can eventually move back into what gave you the most pleasure before the trauma hit. You need a healing balm for your pain; realize people can be, but aren’t always the answer for that.

Sometimes, God gives us glimmers of hope as He moves us through the grief we face, and as He prepares us for the next season of life. Joseph had a glimmer of hope after he interpreted the dreams of the baker and cup bearer. He claimed his innocence when he begged the cup bearer to remember him and to mention him to Pharaoh so he could be released from prison. Unfortunately, the cup bearer managed to quickly forget Joseph. As the days past, that glimmer of hope eventually snuffed out.

Do you ever feel abandoned and forgotten as you grieve? Do people seem to never believe anything you have to say even though you’ve told them the truth over and over? If so, isn’t that annoying? It hurts deep to your core, doesn’t it? That’s another one of those areas where you have to give it over to your Father and trust that He’ll eventually make the truth come out, and restore your reputation. It doesn’t happen overnight; it can take so long that you feel you’ve been forgotten and abandoned. During that time of intense frustration, you should be asking some questions like:

Pray that YHVH will give you the answers to these questions. As you ask these questions, the deeper question of why you find yourself in your current circumstances (if it’s not obvious) might still haunt you. Accept the possibility that you may never know the answer to that question so you can still move on.

Fortunately, the relationship Joseph had with the cup bearer, and the fact Joseph accurately interpreted the dreams of the cup bearer and the baker paid off. The appointed time finally came for Joseph to leave prison. Yes, Joseph really was in the right place at the appointed time; Joseph couldn’t have guessed that. Only YHVH accomplishes things like that.

Joseph was released from prison to interpret the dream of the Pharaoh. After Joseph interpreted the dream, Pharaoh considered him to be more wise and discerning than anyone else. I bet Joseph never imagined that! Joseph ended up being set over the whole land of Egypt. That’s incredible considering his brothers saw him as a dreamer and tattle-tale; and others believed he was a lowly slave, or an attempted rapist. Suddenly, Joseph had power and authority, and in the near future, his dream concerning his brothers was about to come to pass.

Over the years in confinement, Joseph had matured. He had worked through most of the grief process but he never fully had closure with his brothers. Joseph suddenly had a family to care for…and one day his brothers came to town. It was time to see if they regretted the sin they committed long ago, and to see if they were ready to reconcile. For Joseph, the possibility of restoration with his entire extended family was closer than it had ever been before. It didn’t happen right away; it took some more time, but it finally happened.

Joseph’s tears show us that he still hurt from what had happened to him many years in the past. Trauma can be like that depending on its severity. Despite what he had been through, Joseph loved his brothers; he had forgiven them long ago, and desired reconciliation. Even though Joseph had not allowed bitterness to consume him, he still felt the need to test his brothers to find out if reconciliation was even a possibility. Testing people is acceptable; there’s no sense in putting yourself through more pain than necessary. This gives us a chance to see a person’s true heart condition. If trauma involves relationships, you can’t reconcile if people aren’t ready and willing to do so. It’s your responsibility to never give up on them and to be ready and willing when they finally are.  Remember, you can’t change the past; the future is in your hands.

Joseph’s pain probably never went away.  Despite that, he daily chose to maintain a spirit of forgiveness (release a person from the offenses they committed); he chose to love and have compassion toward his brothers despite what they had done to him.  Joseph’s example is necessary for anyone who desires true reconciliation to take place in the midst of brokenness; you just can’t get around it.

As we encounter grief in our lives, it’s normal to go through the stages of processing the pain associated with it. As we go through each stage, we have choices to make. It’s not always easy, but we need to make sure that these are the godly choices that YHVH wants us to make so that we heal as quickly and wholly as possible, and so that we reflect the image and glory of YHVH to those around us.