When I attended a secular university many years ago, I took a class on the book of Genesis.  The professor quickly pointed out that there were two very different accounts of creation.  That really shook my faith.  It would not be until twenty years later that I would learn that Genesis 1 and 2 are really part of a chiastic structure.

For those who aren’t familiar with this kind of literary structure, let me say there are tons of them throughout the Bible.  These structures are written so that themes, statements or events lead up to a central point, then they are rewritten in reverse order.  The central point is the most important part of the whole structure.  Sometimes the second portion of the chiasm is the same event written in reverse order or it is comprised of the effects or results of the original event described in the first portion.  Sometimes they are written for emphasis.  Other times they simply show cause and effect.  These structures can be very small such as only one or two verses or as large as several chapters long.  They can even be embedded within larger ones. 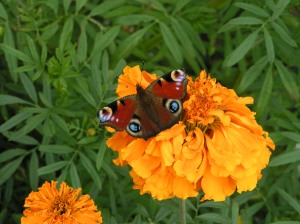 The first two chapters of Genesis contain a thematic chiasm that teaches us how God created the heavens and the earth.  Initially, the earth was essentially barren.  For the first three days God separated His creation.  Starting on day four, God began filling His creation with what He saw fit.  Eventually He gave man a place to live and a purpose for his life.  In addition, God gave His creation a source of sustaining life.  After that God rested on the Sabbath which was the peak of the creation account.  Many fail to see that these themes were then presented in reverse order in Genesis chapter 2.  Please understand, Genesis chapter 2 was not intended to be a parallel account of creation.

This process seen in the beginning of Genesis continues throughout our physical lives.

Amazingly, Jesus was planted in a “barren” woman named Mary.  After He was born, He quickly learned to separate Himself from unrighteousness.  When it was time, Jesus was filled with the Holy Spirit.  He began to carry out the Father’s purpose for His time on earth.  He explained to those who would listen that He was the source of life.  At the appointed time, He rested (died) and was resurrected so that He could present Himself to the Father as first fruits from the dead.

There is also a spiritual side of this in our lives.  Initially all people are spiritually barren.  They seek to fill the void they sense in their hearts with food, drink, drugs, material possessions, relationships, false religions, and other various experiences.  They need to understand that only Jesus can fill the emptiness in their lives.  Some eventually come to know Jesus as Lord and Savior —as their marriage partner.  When that finally takes place, God’s people are then filled with the Holy Spirit.  They receive various manifestations of the gifts of the Holy Spirit for the common good.  As the Holy Spirit works in their lives, they begin to produce fruit and lead others to know Jesus.  Each person develops the gifts and talents they possess and perform good works as God purposed for them to do.  They mature as they eat and drink the spiritual food found in the Scriptures.  If they have the proper foundation, each week they rest on the Sabbath in celebration and in anticipation of the final rest that awaits them.  When the time comes, they die so they can be in the presence of the Lord.  When the day of resurrection comes, they will finally experience God’s rest that was foreshadowed long ago.

Have you considered your spiritual state?  What are you attempting to fill the void in your heart with?

Do you have the spiritual foundation that God gave to His people on Mt. Sinai?

Are you living in obedience to God’s commands?  In case you didn’t know, these are the first kind of “good works” you should be doing.

Are you anticipating the rest of the Sabbath?

Remember Hebrews 4:9-11 says:   So there remains a Shabbat-keeping for God’s people. For the one who has entered God’s rest has also rested from his own works, as God did from his. Therefore, let us do our best to enter that rest; so that no one will fall short because of the same kind of disobedience.  CJB

This is the central emphasis of the creation chiasm.