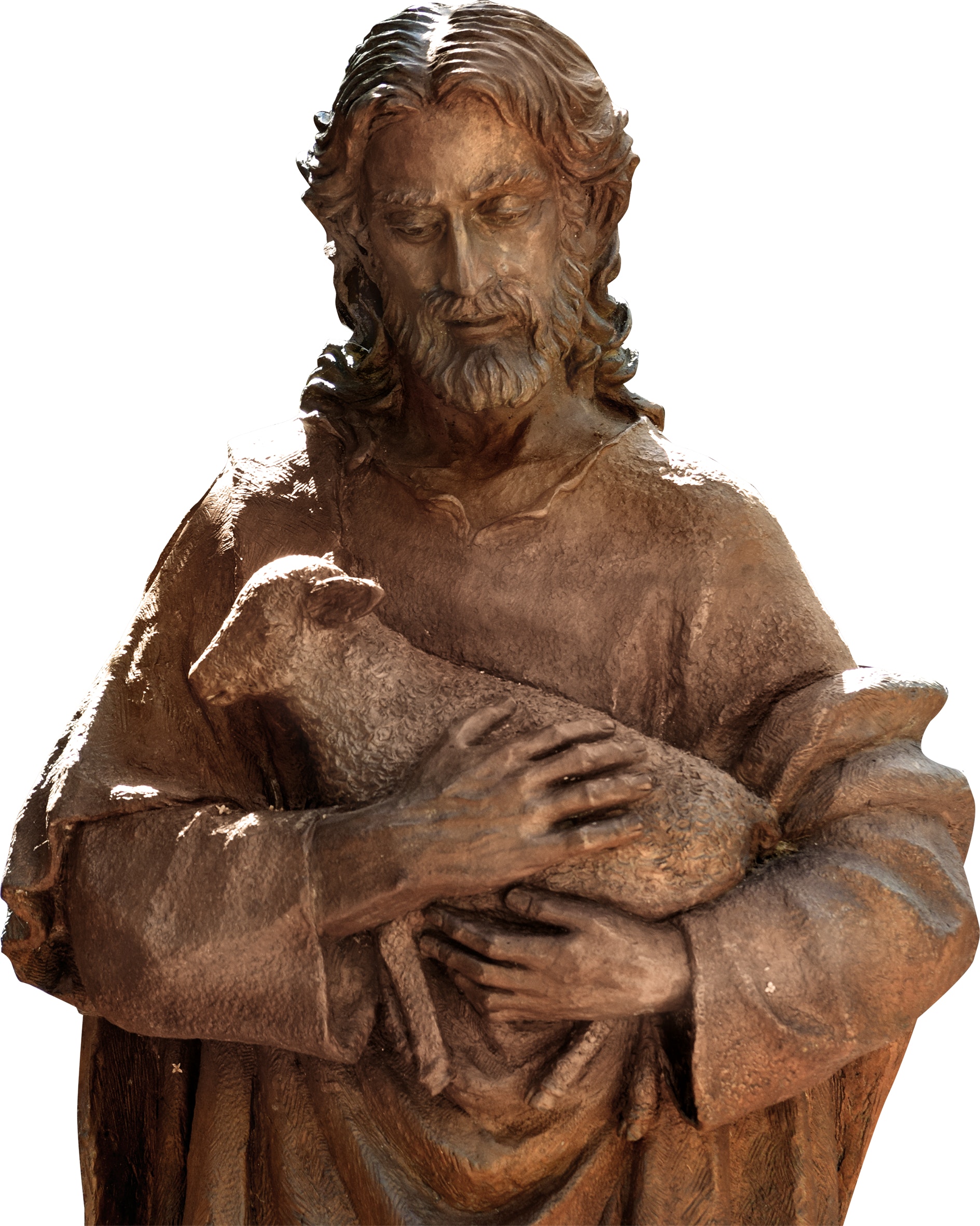 Over the last few years I’ve heard of people who have come out of traditional Christian churches; sought their Hebraic roots; and zoomed in on Judaism only to deny there ever was a Messiah.  This is so sad.  I believe these are people who discovered they’d been lied to about various things in the Christian church and decided to take matters into their own hands to find the truth.  They managed to learn barely enough Hebrew to use a concordance but didn’t have sufficient Hebrew language, Scripture knowledge, or ordinary reasoning skills to critically analyze everything that fell into their hands.  They’ve rejected one set of lies and swallowed the biggest lie of all—that there never even was a Messiah.  This is a great delusion.

The lie begins with the Hebrew word mashiach (H4899; G5547 christos); it means anointed.  The qal or simplest form of the Hebrew verb mashach (H4886; G5548 chrio) means to rub, anoint with oil, or consecrate.  The niphal form is passive and means to be anointed.  Another related word is the noun mishchah (H4888; G5545 chrismatos); it is an anointing oil or consecrated portion. One kind of anointing oil was referred to as the holy oil (shemen hakodesh).  People, as well as certain things were anointed to consecrate or sanctify them for various purposes.

There were a lot of anointed people (mashiach = sg.) in the Bible; they were usually priests and kings; some of these men were also prophets. Occasionally, a person was specifically anointed as a prophet.[i] Just because there were other anointed people in the Bible doesn’t mean there is no special Mashiach. There has to be one because the Jews were looking for that person in Yeshua’s day and they are still looking for him today. We will soon consider the verses that this prophecy is based on.

The Ruach HaKodesh (Holy Spirit) is like the anointing oil. When the Spirit comes upon someone, he may prophesy, or be set apart (consecrated); the Spirit may give that person special skills or authority for a specific purpose.[ii] We see this concept not only in the Tanach but also in the Apostolic Scriptures (New Testament).[iii]

There’s not much specifically mentioned in the Tanach about “The Messiah” by using the Hebrew term HaMashiach; but, in Daniel 9:25-27 he is called “Anointed Prince” (mashiach nagiyd).  Kings were anointed with oil before ascending the throne. Since this verse emphasizes this prince was anointed, there must be something unique about this prince. I believe this prince would be anointed, most likely with the Holy Spirit.

Daniel 9:25-27 gives the timing of the Anointed Prince’s arrival and says he will be cut off, but not for himself. His arrival time has long past. Yeshua arrived at the expected time. Wise men from the east were looking for his star at the expected time; and once they found him, they eventually presented gifts to give him the honor due a king.  These wise men must have been aware of Daniel’s prophecy.  Many years later, Yeshua was anointed with the Ruach HaKodesh, and eventually killed for the people before he became king.[vi] Fortunately, Yeshua rose from the dead and he is expected to be King of kings at the appointed time.

Daniel’s Anointed Prince must be the son or descendant of a king. Based on 2 Samuel 7:12-16, he must be a descendant of David; because, David’s throne has been established forever (leolam). Hence, this Messiah Prince is referred to as the Son of David. This specific Messiah is the one that other prophets foretold things about without actually using the term mashiach.

Instead of using the term mashiach, he was given other titles based on Scripture that describe his character or what he will do. Rabbis have even debated his name.  He is known as:

The prophecy in Daniel 9 of the Anointed Prince was made during the Babylonian captivity and long after the death of Hezekiah.  Some people believed the Messiah lived in Hezekiah’s day and could have been his son.  This idea is based on the Messianic prophecy of Isaiah 9:6-8:  “For unto us a Child is born, Unto us a Son is given; And the government will be upon His shoulder. And His name will be called Wonderful, Counselor, Mighty God, Everlasting Father, Prince of Peace. 7 Of the increase of His government and peace There will be no end, Upon the throne of David and over His kingdom, To order it and establish it with judgment and justice From that time forward, even forever. The zeal of the Lord of hosts will perform this.”

I don’t think Hezekiah’s son or anyone else has completely fulfilled this prophecy.  Many, including myself are confident that Yeshua was the child who was born, the Son that was given.  This is alluded to in the genealogy found in Luke 3:31 where we see the name Nathan, the son of David.  This genealogy is different from Matthew’s.  Liberties were taken with genealogies by the Jews for different purposes.  This genealogy emphasizes Nathan, the son of David instead of Solomon.  The name Nathan comes from the Hebrew verb natan which means to give; I think this genealogy indicates that Yeshua was “the son that was given.”  For our purposes it gives us the connection we are looking for in “the Prince of Peace” of Isaiah 9:6.  I believe “the Prince of Peace” is “the Anointed Prince” in Daniel 9:25-26.  Based on other Messianic prophecies, I believe the prophecy of Isaiah 9:6-8 will be completely fulfilled by Yeshua at some point in the future.

The Anointed Prince is not just a descendant of David; he also has to be a descendant of Solomon.[xi]  Solomon’s son Rehoboam took the throne after Solomon’s death.  The kingdoms divided during his reign. Rehoboam was king of Judah, and Jeroboam who had been a servant of Solomon was the king of Israel.[xii]  The Davidic dynasty continued in Judah through Rehoboam.  YHVH created this split; He intended to afflict the descendants of David, but not forever.

Tracing the descendants of Rehoboam until the time of the Babylonian captivity leads to Jehoiachin.[xiii]    Jehoiachin became the king of Judah when he was 8 years old.  Three months later, he was carried off to Babylon.  Then the king of Babylon made Zedekiah king of Judah.  Previously, Zedekiah’s name was Mattaniah; he was Jehoichin’s uncle.  His name was changed to Zedekiah by King Nebuchadnezzer. With Jehoiachin gone, his brother Jeconiah (son of Jehoiakim/Eliakim) should have been king instead of Zedekiah.  Perhaps he was not old enough to rule without a co-regent; I don’t know. By the way, Jeconiah had a son named Zedekiah so let’s not get confused by that.

In Jeremiah 22:24-30 there is “the curse of Jeconiah” (also known as Coniah).  Jeremiah 22:30 says, “Thus says the Lord: ‘Write this man down as childless, A man who shall not prosper in his days; For none of his descendants shall prosper, Sitting on the throne of David, And ruling anymore in Judah.”  Woe, this is not good.  How is YHVH going to stop afflicting the descendants of David forever?  How is YHVH going to bypass this curse?  As I’ve mentioned in a previous post, adoption is the logical answer.[xiv]

Suddenly Jeremiah 23 shifts gears and says woe to the evil shepherds who are responsible for the scattering of God’s people.  Not all of the leaders of Judah had been good. Coniah was described as a despised, broken idol; he was a vessel in which there was no pleasure. Now, if YHVH doesn’t intend to afflict the descendants of David forever as mentioned in 1Kings 11:39, He’s got to do something about the curse placed on Coniah. Jeremiah 23 immediately tells us YHVH’s plan to correct the problem of the evil shepherds of Judah. YHVH intends to gather the remnant of his people and raise up a Branch of Righteousness to David. He is going to be an awesome king who will reign and prosper, and execute judgment and righteousness. He can’t do this without being ANOINTED (MASHIACH).  He will be “The Messiah” (HaMashiach), the best of all of God’s anointed ones. He will be known as “YHVH our Righteousness.” In his days, Judah will be saved (niphal form of the verb yasha spelled yod-shin-ayin) and Israel will dwell safely.  The Anointed Prince who had been cut off, yet risen from the dead will be this Anointed King.  His name is Yeshua (means “he will save;” similar root = yod-shin-vav-ayin).

This Anointed King, the Branch of Righteousness (or YHVH Our Righteousness) could not have been any of the kings of the past: David, Solomon, Rehoboam, Abijam, Asa, Jehoshaphat, Jehoram, Ahaziah, Athaliah (mother of Ahaziah), Joash, Amaziah, Azariah, Jotham, Ahaz, Hezekiah, Manasseh, Amon, Josiah, Jehoahaz, Eliakim (Jehoiakim), Jehoiachin, Zedekiah (Mattaniah) or rightfully Jeconiah (Coniah). This was to be an anointed king of the FUTURE because this prophecy came AFTER the curse of Jeconiah.

Matthew 1 gives us the genealogy of Yeshua HaMashiach.  He’s taken the liberty to lay it out in 3 sets of 14 generations for his own purposes.  As a result, he leaves out certain names in the genealogy.  This is apparent in Matthew 1:11-16 where it says, “Josiah begot Jeconiah and his brothers about the time they were carried away to Babylon.” He left out Jehoahaz, Eliakim (Jehoiakim), and Jehoiachin between Josiah and Jehoiachin.  The text leaves these names out to show three 14-generation periods related to Israel’s history: Abraham to David (period prior to the kings); David to the Babylonian captivity (period of the kings); and the captivity in Babylon to Yeshua (period after the kings).

Yeshua would have begun his ministry about 6 months after John the Baptist began his. His ministry began with His baptism and ANOINTING by the Ruach HaKodesh (Holy Spirit). His powerful ministry was marked by teaching his interpretation of Torah; healing the sick; cleansing metzorim (lepers); casting out demons; feeding thousands with bread; and more. Ultimately, he gave the people the sign of Jonah. He was in the heart of the earth for three full days and nights before his resurrection on the Day of Firstfruits.[xvi] He was seen showing infallible proofs of his resurrection over a period of forty days before his ascension. He was even seen by 500 brethren at once even though only two to three witnesses should have been sufficient. Many people who claim to have seen him after his resurrection were willing to be martyred for telling that truth. Who would die for a lie? The fulfillment of the 7th day (millennial reign of The Messiah) is expected to begin following that; this will be followed by the 8th day (age of the new heaven and earth). On earth he was a prophet, now he is High Priest, and soon he will be King of kings and Lord of lords. All three roles are that of a MASHIACH. No other mashiach has or will be anointed for all three of these roles. Yeshua is the ultimate Mashiach.

[xiv] Joseph, a descendent of David adopts Yeshua as his own son.  I have also confirmed this by Bible code.